This week's challenge is a moderately tricky pattern called 'Mi2'. I have discovered that the easiest way to draw it is to use a dot grid, so I have an approximate center for each 'seed' shape as I draw the skeleton of this pattern. Otherwise none of them line up right and it stomps all over the woven effect we're going for. At first, I skipped all the aura lines within each enclosed space. I know it's part of the pattern that makes it Mi2, but as I'm a victim of my own whimsical nature, I... uh, didn't. 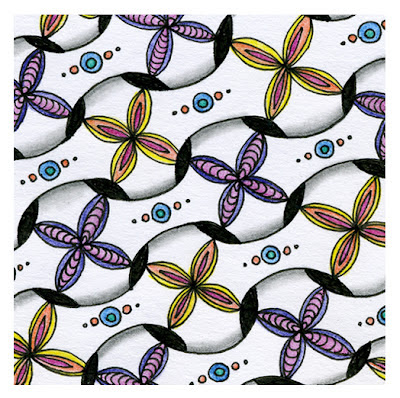 THEN I realized I could do both flowers (actually, it's bales, if you look at it from a distance) and the aura lines...and I'm glad I did. I think I like it better this way, wonky lines and all. I used Inktense watercolor pencils and a ridiculously small paintbrush for this. Unlike my other watercolor pencils, once these dry, the color is set for all eternity- it doesn't budge. Soo, basically... it saves me from myself. 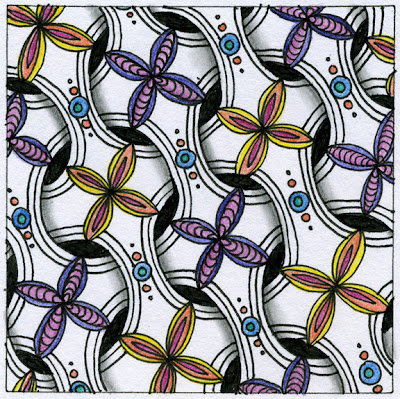 This was my original attempt for this challenge: 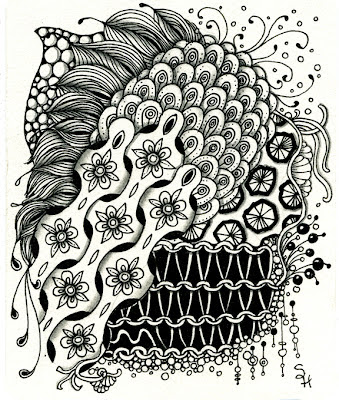 Anyone else been playing with Knyt? At least nobody can accuse me of having 'angry stitches'...*cough* Julie! *cough* ;o) If my stitches were any looser, I'd have to pull them out and redo them. Which gives me an idea...! 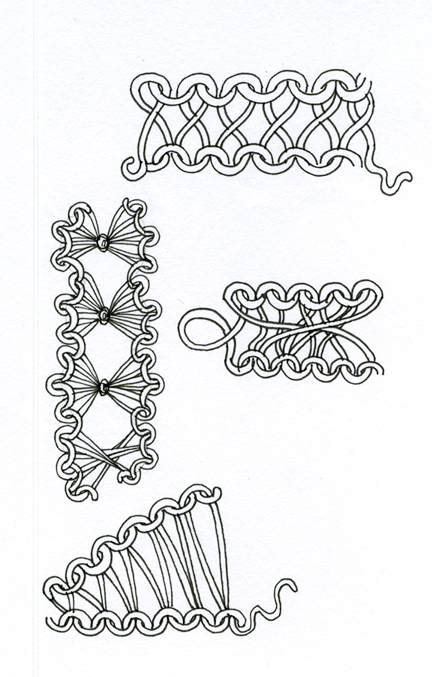 And here's a loose and messy 'knytflake' with a smattering of Sanibelle :oD 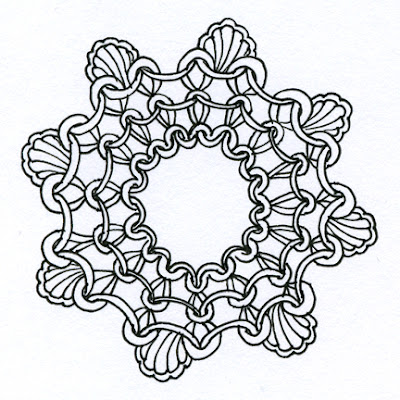 I've been playing with a new pattern recently, and it falls right in line with my affinity for round things. Cruffle can be used with grids or dot guides if you really want them in neat rows... but personally, I'm down with chaos. I like mine all over the place like a roomful of toddlers on a rainy day. 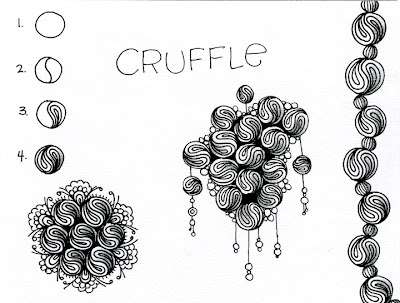 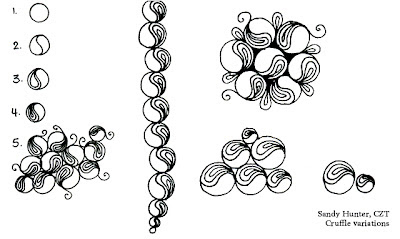 If you like your cruffles well-mannered and domesticated, you can wrangle them into a grid: 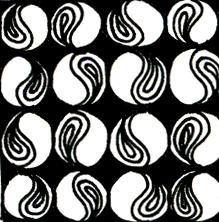 Arrange them into a bouquet: 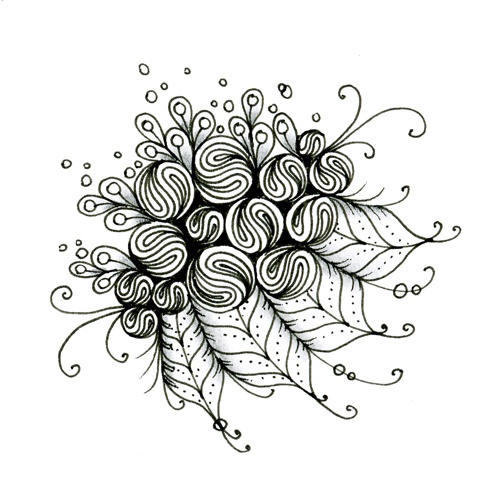 ...teach them how to walk on a leash.

Happy hump day... it's all downhill from here!

Come hang out with me on facebook... we have fun!

Two of my favorite sayings apply here:
1. Better late than never.
2. Anything worth doing is worth overdoing.

Here's my bazillionth attempt at Auraknot, which I have used here as a string. I don't think we'll be going away together for a weekend spa vacation or anything, but at least we're on speaking terms now. Also, I think this might be the record for the most different patterns I have ever crammed into a 4X6-inch space.

Ooh. Except that first zendala I did, before I realized it was ok if some of the spaces matched... ha! That was a whip. 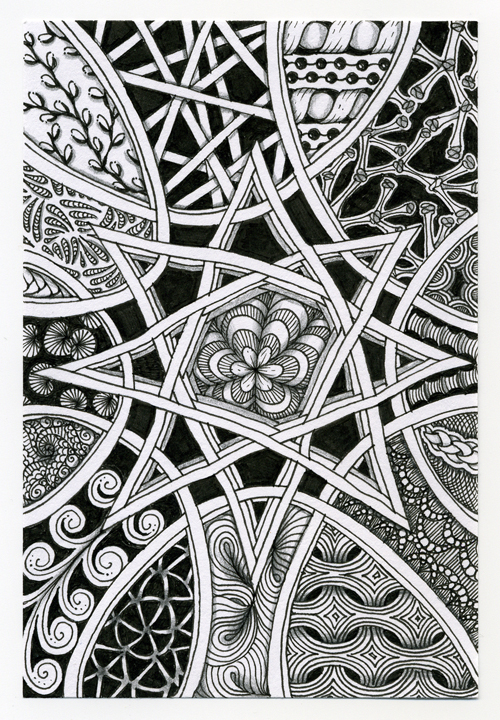 Clockwise from top left: cat-kin, hollibaugh, coils and beadline, pendrills, crescent moon, ticking, chainging (or punzel, can't remember which one is the tricked-out version), a fusion of floatfest and tipple (thank you, tangle jar), mi2, dansk, tripoli, opus, a mishmash of fengle and some wavy/spiraly lines, lilypads, betweed, snafoozle. Drupe in the middle.

And now, on an unrelated note... pancakes. Gotta go.

So much pain and so much darkness in this world we stumble through
All these questions I can't answer and so much work to do
But when I get where I'm going and I see my maker's face
I'll stand forever in the light of his amazing Grace. 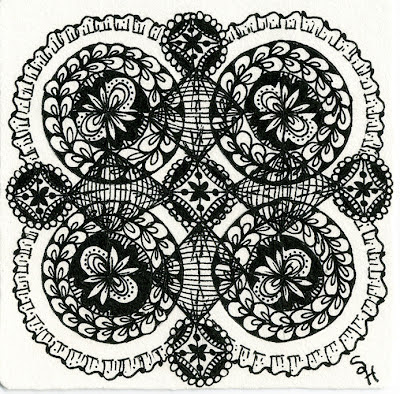 Here's wishing you comfort and peace during an impossible time.